Josy Joseph draws upon two decades as an investigative journalist to expose a problem so pervasive that we do not have the words to speak of it. The story is big: that of treacherous business rivalries, of how some industrial houses practically own the country, of the shadowy men who run the nation’s politics. The story is small: a village needs a road and a hospital, a graveyard needs a wall, people need toilets. A tour de force through the heart of modern India, weaving together the daily struggles of its poorest with the shenanigans of its rich, A Feast of Vultures clinically examines and irrefutably documents the crisis gripping the world’s largest democracy. For anyone interested in understanding modern India, this is a must read. Josy Joseph is an award-winning investigative journalist based in New Delhi. The Prem Bhatia Trust elected him India’s best political reporter of 2010 ‘for his scoops and revelations, which include a list of scams that have become familiar names in the political lexicon’. In July 2013, the Ramnath Goenka Foundation run by the Indian Express group awarded him the Journalist of the Year in print media. 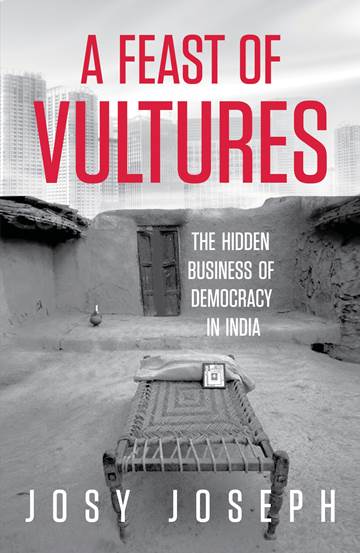 A book that breaks new ground and speaks the truth at many levels, A Feast of Vultures turns an unflinching gaze on the way democracy actually functions in India.’ – Karthika V.K., Publisher and Chief Editor